U.S. Commerce Secretary Locke announced today sweeping reforms to increase accountability and transparency and strengthen the public’s trust in NOAA’s Office of Law Enforcement and the General Counsel for Enforcement and Litigation. Locke, invoking his authority under the Magnuson-Stevens Act, announced he will appoint the Honorable Charles B. Swartwood, III (Ret.) to serve as Special Master to review enforcement cases the Commerce Department’s Inspector General identified in its most recent report as problematic, some dating as far back as 2001. Locke will also ask the Special Master to review the complaints that the IG received that were not discussed in the September Report to see if review of those complaints is also warranted.  Judge Swartwood will make recommendations to Locke on whether to take action to modify or remit the penalties.

Judge Swartwood formerly served as Chief Magistrate Judge of the U.S. District Court, District of Massachusetts and currently serves as the Chairman of the Massachusetts State Ethics Commission. He joined JAMS four years ago and is widely known and respected for his ability to settle challenging cases, to adjudicate with a combination of sensitivity and an understanding of the law and to manage complex discovery disputes.

In addition, Locke announced significant restrictions in the use of the Asset Forfeiture Fund (AFF) to prevent abuse and increase transparency. The new AFF policy goes into effect immediately and prohibits 50 percent of the Fund’s historical uses, including the purchase of vehicles and vessels; paying for travel that is not related to investigations, proceedings or training; or paying for training unrelated to an integral part of an employee’s job.

“The problems identified by the Inspector General are unacceptable, were allowed to persist for too long and will end on my watch,” Locke said. “We are taking the steps needed to make fisheries enforcement accountable and transparent.

“I am committed to helping Dr. Lubchenco wipe the slate clean. As a former prosecutor, I expect law enforcement officers to uphold high standards and maintain the public’s trust. We cannot meet our nation’s economic and environmental needs without a strong, trusted, enforcement program to ensure sustainable fisheries, vibrant coastal communities and stable economies.

“Proceeds of fines and penalties from fishing violations must never be perceived as being an expense account for law enforcement,” Locke said.

Locke will travel to New England on Monday to meet with fishermen and elected officials to discuss the review of enforcement cases and changes he made to the Asset Forfeiture Fund.

NOAA already has taken other specific, concrete measures regarding the Asset Forfeiture Fund, including shifting oversight of the fund from NOAA’s Fisheries Service to the NOAA comptroller in February, and requiring justification and approval from the NOAA comptroller for any expenditure of more than $1,000 from the fund. The reforms of the Asset Forfeiture Fund ordered by Locke go farther than and in some cases supercede previous restrictions.

Today’s announcement is one crucial step to improve the management, accountability, and transparency of the fund. In addition to the travel and training restrictions, other prohibited uses in the policy are: 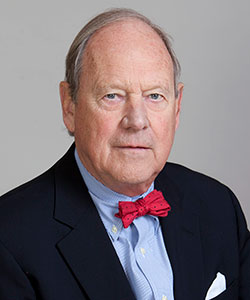