San Diego – JAMS, the largest private provider of mediation and arbitration services worldwide, today announced the addition of Hon. Irma E. Gonzalez to its panel. Judge Gonzalez will be based in the JAMS San Diego Resolution Center. She will serve as an arbitrator, mediator and special master in a variety of disputes including Business/Commercial, Civil Rights, Class Action/Mass Torts, Employment, Environmental, Intellectual Property, Maritime/Admiralty and Securities.

Judge Gonzalez joins JAMS after a judicial career that spans nearly 30 years. She was appointed to the United States District Court for the Southern District of California in 1992 and served as Chief Judge from 2005 until 2012. Prior to her appointment to the federal bench, Judge Gonzalez worked as an assistant U.S. Attorney in the Criminal Prosecution division for the District of Arizona and as an attorney in private practice. She later served as a U.S. Magistrate judge and a San Diego County Superior Court judge.

“Judge Gonzalez is highly respected by counsel for her fairness and deep knowledge of legal issues,” said Chris Poole, JAMS president and CEO. “She is known for her balanced and skilled approach to resolving even the most complex and contentious disputes. We think she will make an excellent addition to our panel.”

“I believe my federal experience has provided me a great foundation to help parties resolve their disputes,” said Judge Gonzalez. “I look forward to starting a new professional chapter in my life and joining the talented panel of JAMS neutrals.”

Judge Gonzalez received her B.A. from Stanford University and her J.D. from the University of Arizona College of Law. She is also fluent in Spanish. 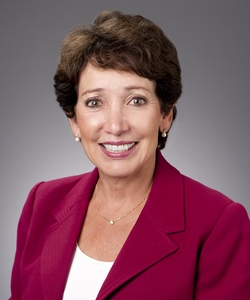