New York – JAMS, the largest private provider of mediation and arbitration services worldwide, today announced the addition of Charles Gordon. Mr. Gordon will be based in the JAMS New York Resolution Center and will serve as an arbitrator, mediator and special master in a variety of practice areas including Business/Commercial and Insurance.

Mr. Gordon is an internationally recognized authority in insurance, reinsurance and insolvency dispute resolution. Having advised on leading cases at all levels of the English court, Mr. Gordon has consistently been recognized as one of the London’s leading legal minds in Chambers & Partners and the Legal 500 guides to the legal profession. He is ranked by Chambers & Partners as a leading individual in Dispute Resolution as well as in Insurance and Reinsurance in the UK and Australia.

“Charles has been described as a natural mediator, with a style built on meticulous preparation and a thorough understanding of clients’ commercial positions,” said Chris Poole, JAMS president and CEO. “He is well-known in the insurance industry and we know he will make a terrific addition to our panel in the United States.”

“I do my best to understand what the client needs and work with parties to create a resolution that is best for all involved,” said Mr. Gordon. “I look forward to joining the JAMS panel in the U.S. and developing my career in ADR here.”

Mr. Gordon attended Balliol College at Oxford and College of Law in London. 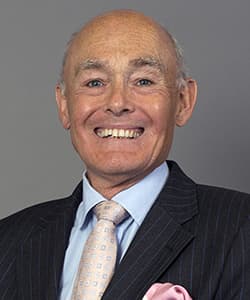