Los Angeles – JAMS, the largest private provider of mediation and arbitration services worldwide, is pleased to announce that Hon. Candace Cooper (Ret.) will be inducted into the National Bar Association Hall of Fame. The Hall of Fame program and induction ceremony will take place on July 20 during the NBA’s 90th Annual Convention in Los Angeles.

This prestigious honor is bestowed by the NBA upon members who have served “long and gallantly in the pursuit of justice and equality before the courts of the United States of America.” Founded in 1925, the National Bar Association is the nation’s oldest and largest association of African American lawyers and judges.

“We are so proud of Justice Cooper for receiving this incredible honor,” said Chris Poole, JAMS president and CEO. “It’s an amazing recognition and testament to Justice Cooper and all the outstanding work she has done over her career.”

Justice Cooper has nearly three decades of judicial experience and has earned a reputation as a highly accomplished judge with a common sense approach to resolving disputes. Since joining JAMS nearly seven year ago, Justice Cooper has mediated and arbitrated a number of Employment, Insurance, Intellectual Property and Real Property matters. She brings a wealth of legal expertise in handling complex, often highly publicized cases. Prior to joining JAMS, she served for nine years on the California Court of Appeal, Second District, most recently as Presiding Justice of Division Eight from 2001-2008, and as a Superior and Municipal Court judge prior to that.

About JAMS
Founded in 1979, JAMS is the largest private provider of mediation and arbitration services worldwide. With Resolution Centers nationwide and abroad, JAMS and its more than 300 exclusive neutrals are responsible for resolving thousands of the world’s important cases. JAMS may be reached at 800-352-5267 or www.jamsadr.com. 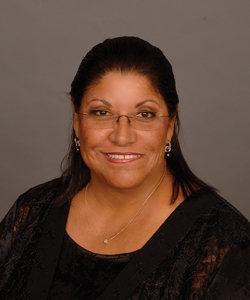