Judge Maas served for 17 years as a United States Magistrate Judge for the Southern District of New York, including a two-year term as Chief Magistrate Judge. While on the bench, he presided over trials and thousands of settlement conferences, supervising pretrial discovery, and hearing dispositive and procedural motions. Before his appointment to the bench, Judge Maas was a federal prosecutor in the Southern District of New York, a partner in the New York City office of a large commercial litigation law firm and First Deputy Commissioner of the New York City Department of Investigation. As First Deputy Commissioner, he was responsible for the day-to-day operations of an internal affairs agency and oversaw the City’s internet security efforts.

Judge Maas is known across the nation for his expertise in electronic discovery issues. He is a frequent speaker at the E-Discovery Institute Leadership Summit, the Conference on Preservation Excellence and the Sedona Conference Institute.

“Judge Maas is a well-respected figure throughout the New York legal community,” said Chris Poole, JAMS president and CEO. “His reputation as a superior settlement judge and someone who can identify creative solutions for parties makes him an excellent addition to our panel. We look forward to him joining us in New York.”

“I enjoy working with parties to find the best possible outcome for their matters and look forward to joining JAMS and starting this next phase in my professional career,” said Judge Maas.

Judge Maas received his B.A. from Harpur College, State University of New York at Binghamton and his J.D. from New York University School of Law. 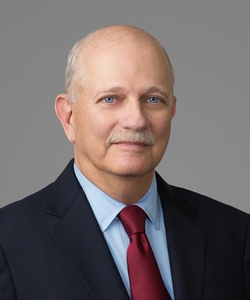