NEW YORK – JAMS, the largest private provider of mediation and arbitration services worldwide, is pleased to announce the addition of Hon. Shirley Werner Kornreich (Ret.) to its panel. Judge Kornreich will be based in the New York Resolution Center and serve as a mediator, arbitrator and special master in a wide variety of disputes, including arbitration, business/commercial, class action/mass torts,  construction, employment, financial markets, insurance, professional liability and real property. Judge Kornreich joins JAMS after serving nearly 24 years as a judge in New York State, nine of which were spent in the Commercial Division of the Supreme Court, New York County.

Judge Kornreich has settled thousands of cases during her time on the bench and presided over incredibly complex commercial cases. With her extensive and diverse background, we are confident that she will make an excellent addition to the JAMS panel.

Prior to her time on the bench, Judge Kornreich worked as an appellate attorney and as a trial lawyer for The Legal Aid Society, Criminal Defense Division, in both Nassau County and New York County, followed by work as a law assistant to a New York State trial justice. During her years in practice, Judge Kornreich became adept at analyzing, arguing and trying cases.

I am ready for this next step in my judicial journey and am looking forward to working alongside the esteemed JAMS panel. This work is truly important to me, and continuing to serve the New York community is something I’m dedicated to and passionate about.

About JAMS
Founded in 1979, JAMS is the largest private provider of mediation and arbitration services worldwide. With Resolution Centers nationwide and abroad, JAMS and its more than 350 neutrals are responsible for resolving thousands of the world’s important cases. JAMS may be reached at 800-352-5267. More information is available at www.jamsadr.com, and you can connect with us on Twitter and LinkedIn. 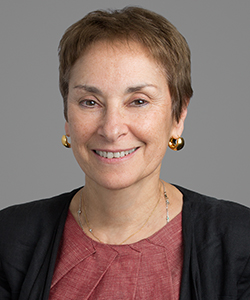