Los Angeles – JAMS announced that Hon. Rosalyn Chapman (Ret.), Richard Chernick, Esq. and Barbara Reeves, Esq., CEDS have been appointed by the International Council of Arbitrator for Sport to their arbitrator panel.

Effective January 1, 2018, the new members can be nominated to serve as arbitrator or mediator in CAS arbitrations or mediations. The CAS was created in 1984 to provide dispute resolution services to the sports world. For more than 30 years, it has settled disputes involving athletes, coaches, federations, sponsors, agents, clubs, leagues and organizers of sports events from almost every country in the world through arbitration and mediation procedures.

In line with the growth in the number of procedures conducted by the CAS each year and in order to allow a constant turnover of its lists, ICAS regularly reviews and increases its lists of arbitrators and mediators, focusing on geographic spread as well as on gender and knowledge of the sports world in order to achieve a balanced list of independent legal specialists equipped to meet the unique challenges of global sports arbitration and mediation.

Mr. Chernick is vice president and managing director of the JAMS Arbitration Practice and a nationally recognized expert in the resolution of complex and multi-party matters. He has conducted hundreds of large and complex arbitrations and mediations employing various rules and before all major administering institutions, both nationally and internationally.

Ms. Reeves is a highly regarded and well-respected mediator and arbitrator. She is known to be fair, practical and not afraid to make tough decisions. She is a Fellow of the Chartered Institute of Arbitrators and the College of Commercial Arbitrators, and a certified mediator with the International Mediation Institute.

Fellow JAMS panelist Jeffrey G. Benz, Esq., CEDS is also on the CAS panel and among the most frequently selected American arbitrators. 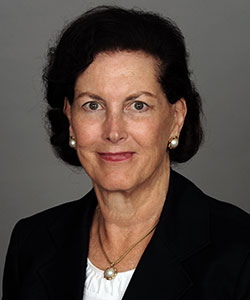