NEW YORK – JAMS, the largest private provider of mediation and arbitration services worldwide, today announced the addition of Stephen P. Sonnenberg, Esq. to its panel. Mr. Sonnenberg will be based in the JAMS New York Resolution Center and serve as a mediator, arbitrator and special master in a variety of disputes including Business/Commercial, Employment, Federal and Health Care.

Mr. Sonnenberg joins JAMS after 25 years with Paul Hastings where he developed a deep understanding of complex labor and employment disputes. He has represented and advised clients in a wide range of employment disputes and has also overseen and conducted privileged internal investigations in response to complaints of misconduct.

During his law practice, Mr. Sonnenberg was also a sought-after mediator in complex employment matters, and he mediated numerous matters as a member of the Mediation Panels of the U.S. District Court, Southern and Eastern Districts of New York. He has provided employment law training and advice to companies, including Asia-based companies with operations in the United States.

Steve has a unique background as a lawyer, mediator and psychotherapist, which allows him to understand both plaintiffs’ and defendants’ concerns. His reputation for building bridges across lines and deep subject-matter knowledge makes him an excellent addition to our panel.

I realized long ago that ADR has compelling advantages over litigation and used mediation, in particular, as often as possible. I look forward to joining JAMS and starting this next chapter in my professional career.

Mr. Sonnenberg earned his M.S.W. from the University of Michigan and his J.D. from USC Gould School of Law. 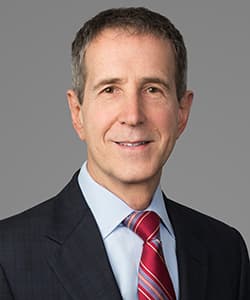