Irvine – JAMS is proud to announce that two of its neutrals, George D. Calkins II, Esq. and Judge Jonathan H. Cannon, have been nominated for the prestigious 2011 West Coast Casualty Jerrold S. Oliver Award of Excellence. The award will be presented during the 18th Annual West Coast Casualty Construction Defect Seminar at the Disneyland Hotel in Anaheim, Calif. on May 12.

Named after the late Judge Jerrold S. Oliver, a JAMS mediator and arbitrator and a “founding father” in using ADR to resolve construction claims, this award recognizes an individual who is outstanding or has contributed to the betterment of the construction community with the same spirit of commitment, loyalty and trust as displayed by Judge Oliver. The award is affectionately known as the “Ollie Award.” The organization puts out a call for nominees from 12,000 members of the construction community.

Mr. Calkins is a nationally recognized mediator and arbitrator with more than 35 years of legal experience. He has mediated and arbitrated numerous complex construction defect and workmanship disputes involving major public works, commercial, industrial and multi- and single-family residential projects, focuses on all aspects of such projects, including electrical, plumbing, framing, roofing, concrete, site drainage and geotechnical issues 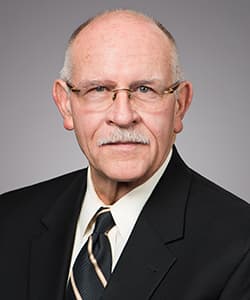