New York – JAMS, the largest private provider of mediation and arbitration services worldwide, today announced the addition of Hon. Ariel E. Belen (Ret.) to its panel. Justice Belen will be based in the JAMS New York Resolution Center. He will serve as an arbitrator, mediator and special master in a variety of disputes including Business/Commercial, Employment, Insurance, Personal Injury, Professional Liability and Real Property.

Over the course of nearly 18 years of distinguished judicial service he presided over a number of matters in civil litigation from administrative issues to zoning laws. For the past five years, Justice Belen served as an Associate Justice of the Appellate Division, Second Department. Prior to that, he was a Justice in the New York Supreme Court trial and appellate terms. Justice Belen helped create the Kings County Commercial Division and then presided as a Justice handling complex commercial cases between 2002 and 2005. As Administrative Judge of Kings County Supreme Court, he created new rules, procedures and court parts with the primary goal of early dispute resolution.

“Justice Belen has a reputation as a calm, intelligent, fair and hardworking judge,” said Chris Poole, JAMS president and CEO. “Additionally his passion for ADR and strong settlement experience will translate nicely across a variety of practice areas and will be extremely valuable to parties.”

“Joining JAMS is a natural fit for me,” said Justice Belen. “I have employed early mediation as often as possible while serving on the bench. I look forward to continue utilizing ADR in this next chapter of my professional career.” 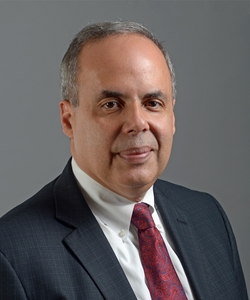