SAN JOSE – JAMS, the largest private provider of mediation and arbitration services worldwide, today announced the addition of Hon. James Kleinberg (Ret.) to its Northern California panel. He will serve as an arbitrator, mediator and special master in a variety of disputes including Antitrust, Business/Commercial, Employment, Financial Markets, Insurance, Intellectual Property and Securities.

Most recently Judge Kleinberg spent 11 years on the Santa Clara County Superior Court. He acted as a settlement judge in dozens of cases and helped pioneer the Early Neutral Evaluation program for the United States District Court, Northern District of California. His final years were spent in the Complex Civil Department, as an Executive Committee member and chair of the Technology Services Committee.

Prior to joining the bench, he practiced complex civil litigation for more than 30 years, including cases in state, federal and appellate courts. His extensive litigation practice included numerous complex commercial matters, involving issues in technology, accounting and securities. He was recently appointed by the Northern District Court to be one of its first co-ombudspersons.

“Judge Kleinberg has a reputation for being fair and capable of handling even the most complex issues thoroughly and efficiently,” said Chris Poole, JAMS president and CEO. “Additionally, his passion for ADR and settlement experience will be extremely valuable to parties. We are thrilled to have him join the panel.” 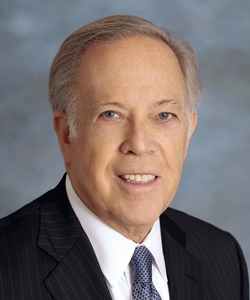