LOS ANGELES – JAMS, the largest private provider of mediation and arbitration services worldwide, today announced the addition of Deborah Crandall Saxe to its panel. Ms. Saxe will be based in the JAMS Los Angeles Resolution Center and serve as a mediator and arbitrator for Labor and Employment law disputes.

Before becoming a full-time neutral in 2012, Ms. Saxe practiced labor and employment law at Jones Day, Heller Ehrman and Seyfarth Shaw for more than 30 years and was widely recognized as one of the best in the business by both sides of the bar. She brings a valuable perspective to her JAMS practice given her extensive trial and appellate experience, including managing class actions, FLSA collective actions and PAGA representative actions. She has handled many employment-related appellate matters, including cases before the California Supreme Court, the United States Supreme Court, and the United States Courts of Appeal for the Fourth, Sixth, Seventh, Eighth, Ninth, and District of Columbia Circuits.

“Deborah is known for quickly grasping the legal issues, her attention to detail, and creativity and tenacity to resolve even the toughest of cases,” said Chris Poole, JAMS president and CEO. “She is well-respected by both sides of the bar and we’re thrilled to have her join our panel in Los Angeles.”

“I believe ADR is the most effective and efficient way to resolve labor and employment law disputes,” said Ms. Saxe. “I make a point of taking the time to understand the issues and nuances of each case and to really listen to all involved. I look forward to joining the talented JAMS panel in Los Angeles.” 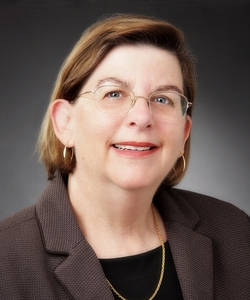