LAS VEGAS – JAMS, the largest private provider of mediation and arbitration services worldwide, today announced the addition of Hon. Philip M. Pro to its panel. Judge Pro will be based in the JAMS Las Vegas Resolution Center and serve as an arbitrator, mediator and special master in a variety of disputes including Antitrust, Business/Commercial, Class Action/Mass Tort, Employment, Government/Public Entity, Intellectual Property, Personal Injury/Torts and Securities.

Judge Pro joins JAMS after a distinguished federal judicial career that spanned nearly 35 years. As a United States District Judge for more than 27 years, he presided over and conducted trials in a full range of cases arising in federal court. From 1980 to 1987, Judge Pro also served as the only fulltime United States Magistrate Judge in Las Vegas and presided over a wide range of pretrial matters and settlement conferences, including the MGM Grand Hotel Fire Litigation. Judge Pro also served as Chief Judge of the District of Nevada from 2002-2007.

“Throughout his impressive career, Judge Pro has earned a reputation for his preparation, fairness, decisiveness and deep understanding of the law,” said Chris Poole, JAMS president and CEO. “His experience and global perspective will prove vital in resolving many different types of cases and we’re thrilled to have him join our panel.”

“I have long believed that ADR can resolve many of the most important matters and utilized it often while on the bench,” said Judge Pro. “I’m excited to join JAMS and start the next chapter in my professional career.” 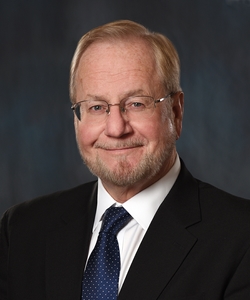