NEW YORK – JAMS, the largest private provider of mediation and arbitration services worldwide, today announced the addition of Chris M. Kwok, Esq. to its panel. Mr. Kwok will be based in the JAMS New York Resolution Center and will serve as a mediator in Business/Commercial and Employment matters.

Mr. Kwok joins JAMS after 15 years at the U.S. Equal Employment Opportunity Commission (EEOC) in New York, where he mediated hundreds of employment disputes. During his tenure at the EEOC, he also spent four years as supervisory ADR coordinator and oversaw employment law mediations across all EEOC offices within the New York District Office region. In addition to his mediation work at the EEOC, Mr. Kwok spent two years as a federal investigator in the EEOC’s Enforcement unit investigating employment discrimination charges.

Chris has a terrific background and creates solutions to seemingly intractable employment disputes. He adds value to the ADR process by building the bridges necessary to achieve resolution. We’re thrilled to have him join our panel.

I have experienced the power and benefit of using ADR to resolve disputes. I make sure each party feels they have been heard and listened to and I look forward to bringing the same level of energy and enthusiasm to my practice at JAMS.

Mr. Kwok received his B.A. from Cornell University and his J.D. from UCLA School of Law. 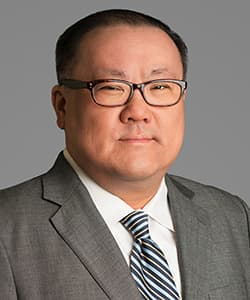