Los Angeles – JAMS, the largest private provider of alternative dispute resolution (ADR) services worldwide, is pleased to welcome Thomas J. Stipanowich, Esq., to its panel. Stipanowich is an experienced commercial and construction arbitrator and mediator who specializes in large and complex cases in the United States and internationally. He has arbitrated cases under the rules of major global administering bodies and has also conducted ad hoc arbitrations.

Based in the JAMS Resolution Center in Century City, Stipanowich will serve as an international arbitrator, mediator, special master and neutral evaluator in business/commercial and engineering and construction disputes.

“Tom Stipanowich is recognized globally for his leadership as well as his extensive experience and contributions in the field of ADR,” said Chris Poole, JAMS president and CEO. “His background, paired with his commitment to the continuous advancement of ADR, makes him an excellent fit to serve on the JAMS panel.”

Stipanowich holds the William H. Webster Chair in Dispute Resolution and is leader of the famed Straus Institute for Dispute Resolution at Pepperdine University School of Law, where he has promoted more effective mediation and arbitration practice. Stipanowich came to Pepperdine in 2006 after serving as the president and CEO of the International Institute for Conflict Prevention & Resolution (CPR Institute), a thought leader in the global dispute resolution field.

Stipanowich began his career as a construction lawyer at a national firm and served as an advocate and consulting attorney on construction and commercial cases even after becoming a law professor. He is widely known internationally in the dispute resolution field; he has affiliations with leading law schools and institutions in Germany, India, China and Brazil, and is listed on the arbitrator panels of several Chinese arbitration commissions.

“Throughout my career, my experience has centered on complex commercial cases, both in the United States and internationally,” said Stipanowich. “I have seen firsthand the value that ADR can bring to resolving disputes, and I’m looking forward to applying my background to my new role as a neutral at JAMS.”

Stipanowich is the recipient of two of the dispute resolution field’s highest honors: the D’Alemberte/Raven Award from the American Bar Association’s Dispute Resolution Section (2008) for outstanding contributions to the field, and the CPR Institute’s James F. Henry Award (2016) for “outstanding achievement by individuals for distinguished, sustained contributions to the field of ADR.” Widely recognized for his expertise in arbitration law, commercial arbitration procedures, ethical rules and related practice issues, he co-authored the highly regarded five-volume Federal Arbitration Law: Agreements, Awards, and Remedies Under the Federal Arbitration Act, which has been cited by the Supreme Court of the United States and many other courts.

Founded in 1979, JAMS is the largest private provider of alternative dispute resolution services worldwide. With 28 locations, JAMS and its nearly 400 panelists are responsible for resolving thousands of the world’s important cases every year.

More information is available at www.jamsadr.com, and you can connect with us on Twitter and LinkedIn. 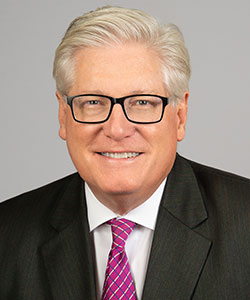