Before his appointment to the federal bench, Judge Otero was a judge on the Superior Court of California, County of Los Angeles, where he served for 14 years, presiding over hundreds of complex civil trials and settlement conferences.

Judge Otero has extensive experience handling complex matters and has earned a reputation for handling those cases efficiently. I am honored that Judge Otero has chosen to join the JAMS panel in Los Angeles.

A graduate of Stanford Law School, Judge Otero started his career at the Los Angeles City Attorney’s Office. He stayed there for a decade, moving on to one of the city’s most powerful positions in the Los Angeles Department of Water and Power, representing various Southern California cities before the Federal Energy Regulatory Commission and in federal courts. He then became regional counsel for the Southern Pacific Transportation Company.

Throughout my career, I’ve found effective ways to assess the strengths and weaknesses in a variety of cases and am dedicated to understanding every aspect of the law and how to apply it. I’m eager to begin this next chapter in my career as a JAMS neutral.

With a roster of nearly 400 neutrals and 28 locations, JAMS resolves thousands of the world’s important cases every year. JAMS also offers remote dispute resolution through videoconferencing and other platforms. JAMS neutrals are adept at managing the resolution process whether they are conducting in-person or virtual hearings.

More information is available at www.jamsadr.com, and you can connect with us on Twitter, LinkedIn and our JAMS ADR blog. 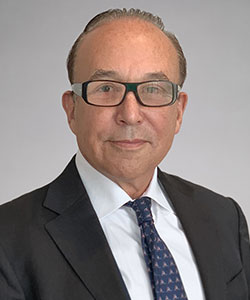