New York – JAMS, the largest private provider of alternative dispute resolution (ADR) services worldwide, is pleased to announce the addition of James Healy-Pratt, Esq., to its panel. Mr. Healy-Pratt is qualified as an English and Irish solicitor and a New York attorney, and has been a longstanding and active proponent of mediation, from both within the insurance industry and in private practice. Having acted as counsel in over 1,000 mediations, he brings first-hand experience of the process from matters on five continents.

Based in the New York Resolution Center, Mr. Healy-Pratt will serve as an arbitrator and mediator, handling disputes in aviation, class action and mass tort, insurance, international, personal injury/torts and telecommunications.

Mr. Healy-Pratt has an extensive background and has been involved in most large aviation disputes worldwide over the past 28 years.

Mr. Healy-Pratt is considered one of Europe’s ‘go-to’ aviation lawyer and has been engaged in some very high profile matters throughout his career. His unique and extensive background, coupled with his deep knowledge of mediation, will give him the right foundation to build a successful ADR practice as a neutral at JAMS.

As former group general counsel of a leading international insurer based in London, Mr. Healy-Pratt led a team of global lawyers primarily in the areas of international marine, aviation and transport, and non-marine insurance and reinsurance, as well as general commercial and regulatory legal affairs. This included extensive European Union antitrust matters relating to the international insurance market.

I have represented both insurers and plaintiffs in complex international litigation and mediation, which has prepared me well to transition into the role of a neutral at JAMS. I’m eager to help parties resolve their disputes alongside the extraordinary panelists in New York.

Mr. Healy-Pratt earned his B.A. (Honors) from the University of Durham and received his LL.M., International Law from University College London.

Founded in 1979, JAMS is the largest private provider of alternative dispute resolution services worldwide. With 28 locations, JAMS and its nearly 400 panelists are responsible for resolving thousands of the world’s important cases every year.

JAMS successfully resolves and manages business and legal disputes by providing efficient, cost-effective and impartial ways to overcome barriers at any stage of conflict. JAMS offers customized dispute resolution services locally and globally through a combination of industry-specific experience, first-class client service, top-notch facilities and highly trained panelists. More information is available at www.jamsadr.com, and you can connect with us on Twitter and LinkedIn. 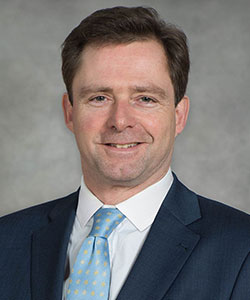