LAS VEGAS – JAMS, the largest private provider of mediation and arbitration services worldwide, today announced the addition of Hon. David Wall (Ret). He will be based in the JAMS Las Vegas Resolution Center and serve as an arbitrator, mediator and special master in a variety of disputes including Business/Commercial, Construction Defect, Education/Schools, Employment, Entertainment & Sports, Estate/Probates/Trusts, Insurance, Personal Injury/Torts, Professional Liability and Real Property.

Judge Wall had a successful career as both a trial lawyer and a trial judge. Most recently, he was a partner at Eglet Wall Christiansen after serving for seven years as a judge for the Eighth District in Clark County. He was consistently rated by attorneys as one of the top trial judges in the Las Vegas Review-Journal’s “Judging the Judges” surveys each year the survey was conducted (2004, 2006, 2008 and 2010).

“Judge Wall is well-known in the Las Vegas legal community as an excellent settlement judge, who skillfully and amicably brings parties to resolution,” said Chris Poole, JAMS president and CEO. “We’re thrilled to have him join our panel in Las Vegas.”

“While on the bench, resolving disputes was the most enjoyable component of my job,” said Judge Wall. “It was incredibly rewarding to help parties come together after being so far apart and I look forward to doing this valuable work full-time.”

Judge Wall received a Bachelor of Journalism from University of Texas at Austin and his J.D. from Marquette University Law School. He was a former member in the Las Vegas Founders Club and a graduate of Chamber of Commerce Leadership Las Vegas program. 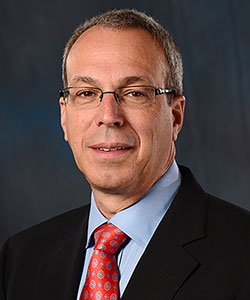