NEW YORK – JAMS, the largest private provider of mediation and arbitration services worldwide, today announced the addition of Hon. Helen E. Freedman (Ret). She will be based in the JAMS New York Resolution Center and serve as an arbitrator, mediator and special master in a variety of disputes including Business/Commercial, Construction Defect, Class Action/Mass Tort, Employment, Government/Public Agency, Insurance, Personal Injury/Torts and Professional Liability.

Justice Freedman joins JAMS after serving for 36 years on the New York state bench. She was an Associate Justice of the Appellate Division, First Department from 2008 to 2014. Prior to that, she served for more than eight years as a Justice in the Commercial Division. In addition, she was the Presiding Justice of the Litigation Coordinating Panel for Multi-district Litigation in New York State from 2002 to 2014.

“Justice Freedman has an outstanding reputation for handling matters that involve a variety of complex and sensitive issues,” said Chris Poole, JAMS president and CEO. “Her diverse background makes her an excellent addition to JAMS and we’re thrilled to have her join us.”

“JAMS offers high quality ADR services and I am looking forward to applying my dispute resolution experience and skills in this next chapter in my professional career,” said Justice Freedman. “I am pleased that I will be working alongside some of my former colleagues and joining the talented panel in New York.”

Justice Freedman graduated from Smith College and received her J.D. from New York University School of Law. Justice Freedman is also the author of New York Objections, a book on trial practice and the making of objections, now in its 16th revision. 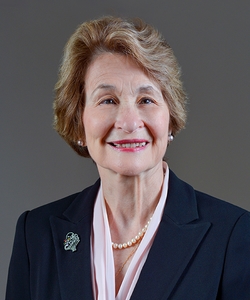