JAMS Neutrals Shine in the Who’s Who Legal 2015

Irvine, Calif. – JAMS, the largest private provider of mediation and arbitration services worldwide, is proud to announce it was featured prominently in the 2015 edition of Who’s Who Legal.

Following previous recognition, JAMS is once again called out as a renowned ADR specialist of mediation services in Who’s Who Legal research with JAMS experts selected for inclusion, with several more affiliated panelists appearing under their own names. The majority of listed nominees are based in the U.S., where leaders have been identified across six states.

This is the fifth edition of Who’s Who Legal: Mediation. This is a significantly impressive recognition as the comprehensive volume ranks less than 300 practitioners from across 233 firms and 45 jurisdictions, and JAMS neutrals made up 26 of the overall neutrals listed.

In Washington, D.C., the publication states that Linda Singer, Esq. has a “hugely respected” mediation practice and served as a special master to the U.S. District Court, SDNY. She is joined by the “truly exceptional” Michael Lewis, Esq., who mediates disputes in the business, public policy, employment, environment and governmental sectors.

In New York, the publication states that Michael Young, Esq. has conducted more than 1,250 mediations and arbitrations in 30 states and abroad; and also notes that clients are full of praise for his “superb approach” in financial services-related mediations. Robert Davidson, Esq. also stands out due to his “comprehensive understanding and respect for the mediation process.”

In California, founding partner Bruce Edwards, Esq. is noted to have a “stellar reputation” and has mediated more than 4,500 cases across the U.S., Canada and Mexico. He is joined by the “incredibly gifted” Zela “Zee” Claiborne, Esq., who focuses on disputes in the construction, engineering, energy and intellectual property sectors.

In Boston, Eric Van Loon, Esq. is recognized as a “first-rate” mediator with particular experience in franchise and environment disputes, while it is noted that the “impressive” John Hinchey, Esq. in Atlanta is a “go-to figure for complex construction disputes.”

The neutrals ranked in the 2015 Who’s Who Legal publication include: 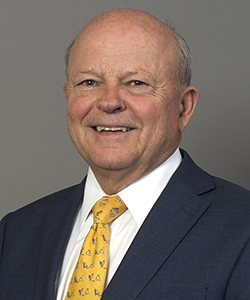