For corporations, whether or not a settlement agreement can be enforced depends on who signs it. A corporation acts through its employees and agents and that raises the question of what employee or agent can bind the entity to Judgment enforcement.  This issue was partially answered in the Provost case.

In Provost, Carolyn Yee, the in-house counsel for the Regents, signed the agreement as she had been designated as the party representative. She was an employee of the University and designated, according to the court, as an authorized corporate representative. Ms. Yee was not a counsel of record on the complaint. She was a counsel of record on the cross-complaint. The court emphasized that did not disqualify her from signing as a corporate representative. The settlement agreement was upheld as enforceable since it had been signed by the “Party” defendant.

So, how do you ensure the correct person has signed the settlement agreement to make it enforceable?

Some suggestions to consider:

Ultimately, it’s best to err on the side of over qualification of a corporate employee representative to sign a settlement agreement to ensure it will be enforceable in Court. The recent Provost case provides the yardstick for criteria to use in the selection of that employee.

Robert S. Luft, Esq. is a San Jose-based mediator and arbitrator who utilizes 40 years of experience for a fair, optimistic, energetic and patient approach to ADR. He can be reached at rluft@jamsadr.com. 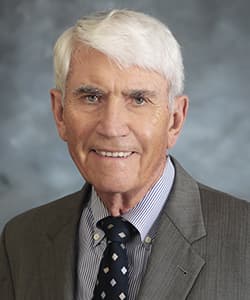